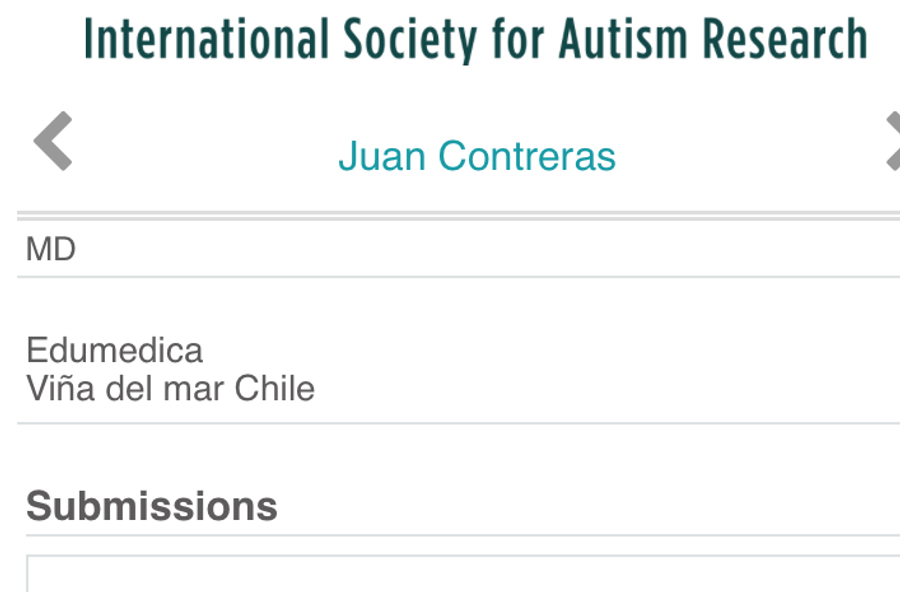 Introduction: Difficulties in executive functioning are frequently present in children with ASD, affecting their quality of life (Vries & Geurts,2015). Currently, intervention strategies must be innovative and adapted to children with ADS. Virtual Reality has begun to become an effective tool in the medical and educational field, however, its use in Spanish are very limited and their effectiveness and safety in children with autism is poorly understood.

Objetives: The aim of this study was to explore the use of an Immersive virtual environment adapted for children with ASD, as a tool for training executive functioning skills.

Methods: For this study, a virtual environment was completely designed in Spanish, using the development platform Unit, and following the principles of the Multiple Errands Test (Shallice & Burgess, 1991). 21 children diagnosed with ASD(M age= 10.7,SD=1.1,WISC-III,CIT,M=110,SD=15) and 21 typically developing children (M age=10.7,SD= 11.1,WISC-III, CIT,M=106,SD=20) participated in this study. Prior to first immersive session, All participants were applied the Wechsler Intelligence Scale for Children, (WISC-III v.ch), the Battery of Neuropsychological Assessment for Executive Function in Children(ENFEN)and the Perception of Differences test (CARAS-R). Parent completed the Behavior Rating Inventory of Executive Function 2 (BRIEF-2). During the following six weeks, children participated in a 15-minutes immersive activity in which they had to complete a series of errands at home, in the city and the supermarket. In each session, the children were accompanied by a psychologist who observed on another screen in real time the activities carried out by the child, being able to interact verbally with him. At the end of the activity, a cybersickness questionnaire (Kennedy, 1993) was administered. The ENFEN, CARAS-R and BRIEF-2 were repeated after the six-week.

Results: No significant differences were observed between the ASD and typically developing group regarding intellectual performance and executive functioning before the immersive sessions, except for a poor performance in attentional control (CARAS-R), and planning skills (ENFEN), in the ASD group. Significant differences between groups were observed in daily executive functioning. The ASD group showing more difficulties in behavioral global score F(1.38)=20,722,p =.001). After the first immersive session, most participants felt little or no cybersickness (91%ASD group; 95% typically developing group). In addition, cybersickness scores were significantly reduced upon reaching the last session (MS1=22;MS2=18,t=2,606,p=.013). After the intervention, the ASD group enhanced performances in attentional control(CARAS-R,MT1=7;MT2=7.7,t=-2.870,p = .009), planning (Rings,MT1=3.5;MT2=,5,t=- 4.985,p=.001),ENFEN) and daily cognitive regulation (CRI, BRIEF-2,MT1=64;MT2=58,t=3,119,p=.005).

Conclusion: This study suggest that VR can be a safe, entertaining and effective strategy to enhance executive functioning in children with ASD. Creating a virtual environment designed entirely in Spanish may also have increased de immersion experience effective during the activity.